Traditional Chinese Medicine (TCM) is a traditional system of internal health and healing treatments/practices developed in ancient China and now practiced all around the world. The origins of TCM theory can be traced back over 2000 years when the principle aspect of the theory of energy pathways (meridians), was first developed. The fundamental principle is base around removing blockages and encouraging the smooth flow of energy, Qi (chee), through these meridians and balancing the polar opposite energies of Yin and Yang.

TCM theory is comprised of multiple therapeutic treatments and practices including:

The principle therapeutic aim for these treatments are to correct imbalances within the body by:

In TCM theory the two primary energies in the body are Yin and Yang. These represent the polar opposite energy forces within us. They are two sides of the same coin. Yin and Yang are in a constant state of change with each other, influencing each other constantly. Below is a table illustrating some of the characteristics attributed to Yin and Yang energy.

The fundamental principle of TCM practice is to balance the flow and transition of these two energies from one to the other i.e. from sleep to awake, light into dark , etc.
True health can be defined as a healthy balance and interaction between these two energies.

The most well known and widely used treatment within TCM practice is Acupuncture. The earliest recording of Acupuncture is seen on the Ma Wang Dui silk scrolls unearthed in 1972 and dating back to 187 BC. These silk scrolls discuss the use of stone “needles” used to prick and bleed points running along the meridians of the body to effect the internal balance of Yin and Yang energies in the body.

Modern day Acupuncture is practiced using the insertion of high grade surgical steel disposable needles into specific points (Acupoints) along the meridians of the body to influence the energy within. It is a clean, precise and relatively painless procedure which can yield great benefits.

Traditionally Acupuncture is described as the insertion of very fine needles into Acupoints along the energy meridians to stimulate the bodies Qi (Chee) to restore balance to both Yin and Yang energy. It is believed that the blockage, excess or deficiency of Qi is the root cause of disharmony within the body. Qi is best thought of as being similar to water, it likes to move and flow. If Qi and water stagnate it becomes murky and toxic.
These Acupoints have been studied and observed over thousands of years and their individual and specific effect on the body passed down through generations. These observations assist the modern Acupuncture practitioner in deciding which points to select for the treatment.

The World Health Organisation has published an extensive list of common diseases that respond positively to acupuncture treatment.

Therapy Works uses only sterile single use Acupuncture needles in the clinic.

Chinese Herbal Medicine (CHM) pre-dates Acupuncture treatment in China. Many ancient civilisations all have recorded history of using plant and animal material for medicines and restorative purposes. CHM has a recorded history of more than 2500 years and have been extensively studied and used successfully for all this time. The traditional method of preparation involves boiling the bulky plant and mineral material in a clay pot until a reduction of concentrated medicinal compounds are produced and consumed by the patient.
This substantial and supportive modality, works at all levels to support the body – physically, psychologically and emotionally. It is a profound discipline, beyond pure pharmacology, that embraces the whole system, considering all aspects.

Modern day lifestyle of time constants have moved CHM into a new era where these formulas are pre-prepared and formed into dried granules or pills and capsules for easier consumption without compromising on efficacy.

Gua Sha is a technique in TCM practice which involves the repeated movement of scraping a smooth edged implement, commonly these days a ceramic soup spoon, repeatedly over lubricated skin and muscles to encourage the blood to the surface. This sub cutaneous blemishing known as ecchymosis, is not capillary rupture as would appear in a bruise.
The purpose of this treatment in TCM theory is to encourage increased blood flow to the muscles to assist in pain recovery after heavy physical activity, “cool the blood” in cases of high fever and can be very effective in dissipating stagnant blood that forms in bruises.

Cupping is the term given to a traditional practice 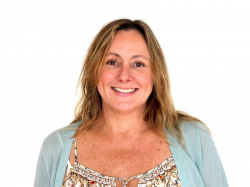 Link to: Problems We Treat

Link to: Therapies We Use

Link to: Timetable – Classes and Workshops

Link to: Acupuncture and Cancer Care